Word of the Day: Risk 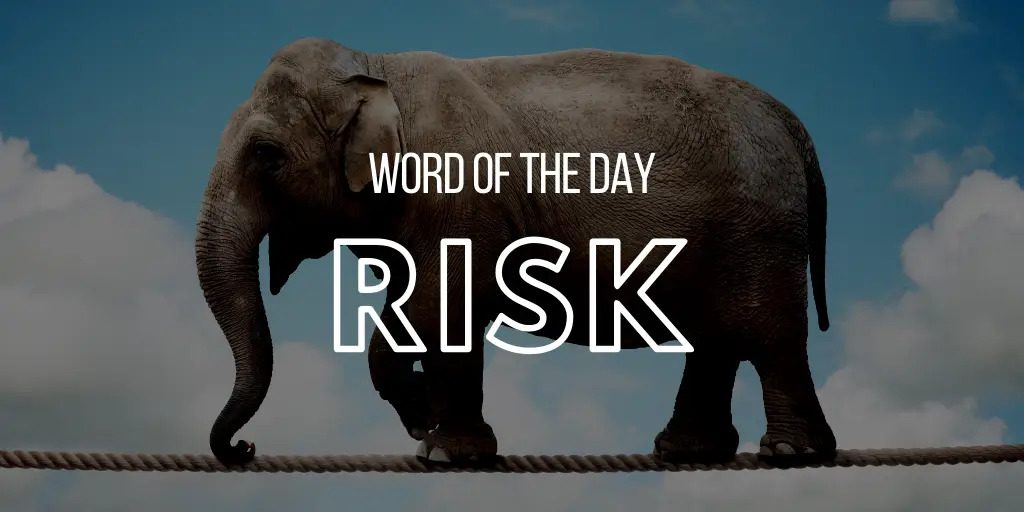 Word of the Day: Risk from Blumer CPAs on Vimeo.

It is word of the day where we pick a word and we tell you what it means to help you run your creative services company better and what is today’s word? It is risk. And if I were to define or ask you to define the word risk… I don’t know, many definitions. People might say doing something crazy, and that’s not what it is actually. I can’t believe we’ve never talked about this on word of the day. Risk is such a huge core foundational part of something you have to do as you run your business. Here’s what risk is. Risk is some bet on the future. Is some investment of money. Invest of time now, for the hopeful return or reward of something that you get later. You know what that is? That’s a sewing and reaping principle which we talk a lot about in our consulting.

Actually that’s the foundation of building companies, is a sewing and reaping, meaning you’re typically sewing and investing in one period of time and you’re going to reap in a different one, and that requires a lot of patience. That’s what risk is. Risk is actually making a bet on the future. You’re going to do something now, hoping that the return and the reward in the future is going to be much better. And you know what? That might sound scary, but guess what? You have to do that. You have to actually make bets now that you don’t know if they’ll pay off and hopefully you’ll get the return in the future. That’s actually what entrepreneurs do. That’s one of their greatest skills is trying to figure out how to do that. And it’s not easy, so it is a skill. It’s something you practice a lot. You learn a lot, and what my partner and I do is we do risk versus reward sessions, so what we’ll do is we’ll lay out sticky note paper all over the wall and we’ll try to figure out that if we invest this now, we’re hoping we’re going to get this later, and just analyzing that is such an an analysis.

Risk, a lot of people think it’s just crazy. They’re thinking about some snowboarder snowboarding off the side of a mountain. That’s not what risk is in entrepreneurship at all. It is a calculated thing you think through, you do analysis on, but then you do make an investment in the current period for some future payoff. So it’s still a risk because you don’t know if what you’re investing is going to happen. So that’s what risk is, is saying now I’m going to invest and I hope to get that payback later. You would be foolish to do that and not have analyzed what you hope to get in the future. So risk has a lot of analysis attached to it. So taking a risk has a lot of current analysis attached to it, and then you hope that payback much better.

So you got to take risks, and you know what? Risks are scary, so if you need help, you can hit us up here, and my partner and I, what we do is we consult and coach with creative agencies and firms. We help them grow, we help them know the right kinds of risk. What we do as consultants is we tell them we peer around the corner a little bit. That’s what we tell them. We can look around the corner and know kind of what’s going to happen around that corner. That risk you’re going to take. That’s very valuable, and it’s because we’ve taken risks or we’ve helped a lot of agencies take risks. So looking around that corner is a very valuable thing for people to invest in, and that’s what we do for a living is we help people peer around that corner when they’re taking risks to grow. So hit us up here, let us know if we can help you and we would love to. Thanks for watching. Word of the day on risks. We’ll see ya.